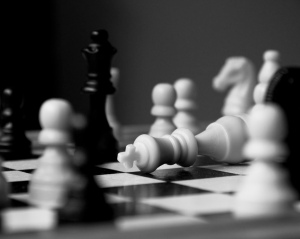 Hopes placed in mortals die with them; all the promise of their power comes to nothing – Proverbs 11:7

While an individual simultaneously wields and is subject to the wielding of power, it is not the case that in every circumstance all individuals wholeheartedly strive to obtain ever increasing quantities of power. That is to say, there are significant matters of concern to society as a whole where individuals choose to adopt a passive, unempowered position. Even individuals or groups that ordinarily strive to obtain scarce resources with the purpose of wielding power in certain contexts will, in other contexts, adopt a passive position, seemingly content in their position of relative powerlessness. Such contextual differences and the phenomenon of selective engagement in contests of power are explored briefly below.

An analysis of this type of situation is, however, easier to undertake and to rationalise at both the individual/micro level than at the societal/macro level. What occurs, for example, when large numbers of individuals choose to act in concert for the purposes of a shared, collective goal? Or, contrastingly, where it is understood that the collective pooling of action would indeed be effective in altering a given power dynamic and thus in obtaining control over certain scarce resources, and yet the choice to not act is the one that is made?

It is widely acknowledged that within each individual there operates an impulse from birth until death towards the creation of and withdrawal into what can be described as a series of artificial wombs1. At the societal level this leads to the establishment of standard government structures that serve to facilitate and to perpetuate the dependency relationship of childhood at the level of the collective. These structures are established and operated by a political elite set up in the role of parent/human god, the purpose of which is to eliminate all risk from life and to tend to society’s every infantile need. In this context such needs will inevitably focus upon scarce resources such as clothing, shelter, affirmation, and the handing over to this political ruling class of the means of access to these resources. The expectations placed upon the political ruling group, a group that is effectively hired through the taxation system, is to fulfil a mission that all parties understand but never publicly acknowledge as being an impossibility. 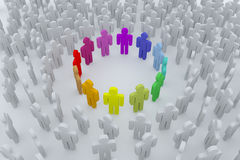 At an individual level fear, laziness, and time constraints, combined with knowledge and financial resource limitations, compel the individuals within a society to abdicate certain key responsibilities and to pass these responsibilities over to a professional political class. Such arrangements have endured across generations and across much of the world.  Society’s act of handing over is, then, a conscious and freely chosen position of powerlessness and is primarily motivated by each individual’s need to keep their diary clear, and their hands and consciences clean. It is also motivated by the need to avoid any act that might threaten the self image as one of blamelessness and innocence. The need to be considered innocent in adulthood is merely an extension of an infantile state, and in this sense can be considered regressive in its nature. In the infantile state most individuals have been afforded protection by a parental figure acting out of love. During the period in their lives during which that individual was still considered immature, this parent made good for mistakes that they made and bore many of the adverse consequences of their bad behaviour. In the mature state then, a failure to take responsibility for those actions for which an individual can justifiably be held responsible, such as their own behaviour, is a form of childish, reality-denying self indulgence. Inasmuch as public trust in politicians remains very low, society at large also needs to acknowledge its own responsibility in being so eager to hand over control of and principal access to vast quantities and various types of scarce resources.

Thus, the abdication of power through the relinquishment of scarce resources is as dysfunctional as the tendency towards the attainment of scarce resources in order to wield power, especially where the reasons for such relinquishment are rooted in fear, laziness or cowardice. And yet, to acknowledge this reality would prove to be too distasteful and too unpleasant for the majority of individuals to contemplate, and therefore an acceptance of and justification for the abuse of the position that is held by those in government has to be found – a contrivance that is more palatable to the individual than taking a long and sober look into the mirror.

The self-reflection that such a response demands dares to ask whether appropriate responsibility is taken at the interpersonal / micro context; however, the even greater challenge is to broaden the scope of such enquiry to the macro level, and to the taking of personal responsibility within the context of society as a whole.

1 This Freudian concept states that such wombs can take on a multitude of forms such as physical wombs (bed, private home, workplace), emotional wombs (routines, the support of friends and family, sporting allegiances, insurance policies and pensions), and spiritual wombs (religious beliefs and observances).