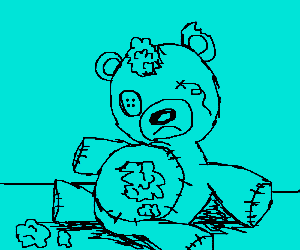 “Most men would rather deny a hard truth than face it.” ― George R.R. Martin

The practice of splitting off unwanted parts of the psyche or the self and projecting these onto another person or object, is a necessary defence against anxiety and is key in the normal development of an individual from birth (Fairbairn, 1952). Known as projective identification it can take on a dysfunctional form in the adult individual when it no longer serves as a developmental tool but is utilised, instead, as a way of avoiding those parts of the self that remain unpalatable. The bad object, thus, serves as a dumping ground for those undesirable and unwanted traits of the self that the individual wishes to rid himself of but is unable to.

However, the very act of projective identification places a barrier between the individual and their capacity to accept, not only that those traits do in fact exist, but that they exist and reside within themselves. It is only from a position of embracing reality and embracing the truth that they are, in fact, not a completely good person, that there exists a possibility of their dealing positively with the traits in question. For example, an inappropriate use of projective identification is seen when an individual is especially irritated by the same characteristics as observed in others that they consciously or subconsciously dislike in themselves. Alternatively they might be motivated to find fault of any kind in another individual with the purpose of distracting themselves and others from their own shortcomings or weaknesses, finding comfort in the relative morality that characterises the conscious or subconscious thought that says ‘at least I’m not as bad as him/her’.

Thus, a bad object is a designation for an object, person, place, or context that enables an individual to separate off from themselves a negative trait or feeling that they find too difficult to bear. By psychologically splitting it off from themselves it then becomes easier to cope with in an immediate sense as it is no longer considered to be a part of them and is, instead, deemed to belong to someone or to something else.

The problem with using such an approach as a coping mechanism is that it fails to reflect reality. Furthermore, at some level there will be full awareness of the sleight of hand carried out upon the self, and this on-going self-deception will bring about internal psychological stresses that evidence themselves in one or more different ways.

While such an approach serves a vital ego-protecting function, it denies the individual the opportunity to recognise and address unhelpful personality traits and behaviours which will therefore, in their unacknowledged state, remain. This defence mechanism and the cognitive dissonance that it brings about simply increases the psychological stresses experienced.

In terms of power dynamics it would at first appear that it is a simple matter of power being exerted over the bad object by the individual in question. However, it could in fact be argued that the bad object exerts its own power via its influence over the degree of objectivity of which the individual in question is capable regarding their true condition.

Thus, the power dynamic here is formed around the capacity of the created bad object to blind the individual to the reality of their true nature and to the reasons and explanations for that which has brought about the unwelcome circumstances in which they find themselves, including the consequences of their own bad decisions.