“When it comes to controlling human beings there is no better instrument than lies. Because, you see, humans live by beliefs. And beliefs can be manipulated. The power to manipulate beliefs is the only thing that counts.” – Michael Ende, The Neverending Story

It is maintained that, rather than attaining complete emancipation from mother or father, the mature adult seeks merely to move the mantle of trust onto a replacement authoritative individual, group, or institution. Thus, in combination with the need to place trust in the institution as parent, and in order to fit in socially and to minimise effort, there is a strong natural draw for the individual to place trust in those people and institutions that occupy positions of power relative to themselves.

In order to protect its position of privilege, the institution as parent has significant incentive to ensure that the population at large is convinced both of the merit and of the need for those same institutions (government, monarchy, big business, entertainment industry), to act as parent. Such convincing takes place most effectively through avenues such as education, mainstream media, and the entertainment industry. These same avenues also serve to support the political and economic strategies that are key in dispossessing the individual of the very resources that would reduce their reliance on those institutions. Government policy deliberately designed to promote the atomisation of knowledge, the segregation of skills, and the suppression of critical thinking, serves to create a society composed of individuals that are left too weak and too ignorant to operate without remaining heavily reliant upon this society and the institutions that control it.

An additional dynamic at work is that of the individual’s need to believe that those in positions of power have benevolent, or at least benign, intentions towards both them and towards the population at large. The need to believe this runs so deep and has such power that any evidence that appears to challenge or contradict such assumptions is ignored, diminished or rejected, along with the individuals or groups through which such evidence comes. This can be equated with the way in which a child maintains faith and trust in an abusive or neglectful parent, or where the victim of domestic abuse continues to remain in such a relationship, maintaining faith in the empty promises of their abuser.

Thus, trust placed in individuals and in institutions with malevolent intentions, can be viewed as a form of Stockholm Syndrome outworked at a macro scale. The abused party without power and under societal pressure to conform, has a great need to believe that those with power over him intend no harm. Such a need is the expression of a fear: a fear that the world is not in fact a safe place, that those in charge cannot be trusted, and that those in charge do not put their citizens’ interests first.

For the majority, such a reality is simply too unbearable to contemplate and it thus becomes easier for such individuals to create a modified version of reality (a fantasy) within which such realities remain untrue: the acknowledgement and acceptance of the presenting truth would mean that all that is understood about the world and that individual’s place in it, would become a lie. Therefore, the easier alternative is to operate out of a construct that is characterised by confirmation bias and denial. However, since in doing this there remains a suppressed awareness that such self-deception is taking place, over-compensatory responses are commonplace. Such responses include the championing of the causes of the very individual, group or institution responsible for the removal of that individual’s resources – even when those same resources are being leveraged to that individual’s on-going detriment and further resource removal.

Typically, such advocates will be vehement not, ultimately, for the benefit of the powerholders in question per se, but for their own benefit and for the need they have to convince themselves that the fantasy under which they labour is, in fact, a reality. Such vehemence is strengthened by the drive for ego preservation since, to acknowledge that a long-held world view has been held in error, would be to acknowledge that one has, in fact, been hoodwinked. 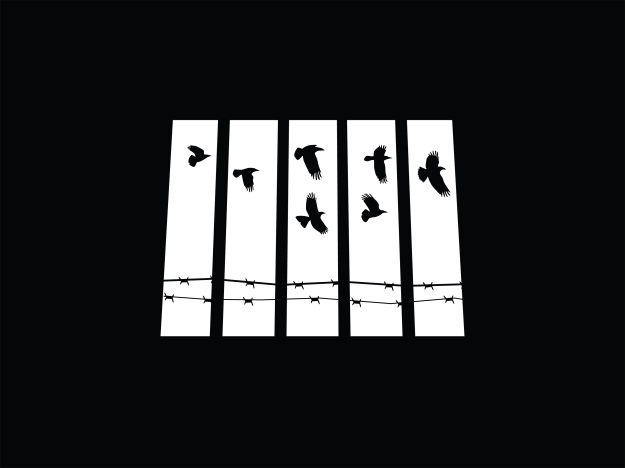 The institution as parent ensures the provision of basic physical resources, as well as healthcare, infrastructure, education, judiciary, defence, and other fundamental needs. However, over time, the role of the institution as parent has expanded to also include provision (funding) for higher level resources such as certain forms of entertainment (arts, sport) and media (BBC). Its parental role has even extended into the realm of the provision of moral resources and the promotion of a particular belief system that is outlined through the drafting of legislation that officially defines that which is right and that which is wrong. Such a belief system is promoted through funded, and therefore controlled, educational and media outlets, and enforced in the UK through bodies such as the Equality and Human Rights Commission. This expansion of the role of the institution as parent has been enabled by deliberate cultural engineering, underpinned by the policies of successive governments over a period of several decades that has served to erode and to sideline the role of the natural parent.

Under the institution as parent, growth is purposely stunted, maturity and independence is thwarted, and an environment is created within which offspring are deliberately kept in a condition of dependence, ignorance, and fear. Such a parent is self-serving, manipulative, and parasitical: a malevolent entity, a not insignificant proportion of whose energies are expended on seeking to obscure its true intentions.

Yet, in many ways, such a relationship between ‘parent’ and ‘off-spring’ is a mutually beneficial one whereby the offspring never progresses beyond adolescence, although is convinced of its emancipation, and retains its heavy reliance upon the institution for even its most basic of needs. Such a belief protects the ego of the individual, but fails to reflect reality. Here, the institution retains the lion’s share of resources and, therefore, the lion’s share of power but does so in such a way that the true extent of this imbalance remains concealed.